Stefan Jaimy Struve is a Dutch MMA fighter born in February of 1988. He is the tallest fighter in the UFC with his 213 cm and a reach of 213 cm. He fights in the Heavyweight division and holds a win over the current champion.

Struve played football as a youngster but when he was 14 years old he went to a martial arts gym and decided to pursue a career in MMA.

Stefan Struves career before the UFC

Stefan Struve in the UFC

Stefan Struve made his UFC debut against Junior “Cigano” dos Santos. The fight was too much for the young Struve who lost by TKO in the first round. He rebounded thought, and won three more fights in the same calendar year.

Between 2010-2012 he fought eight times and beat top ranked heavyweights like Pat Barry and current champion Stipe Miocic by TKO. He lost to Roy Nelson and Travis Browne.

He lost to Mark Hunt in 2013 and got a broken jaw in the process. It was also revealed that he suffered from a serious heart condition and he was away from the sport for almost 2 years. 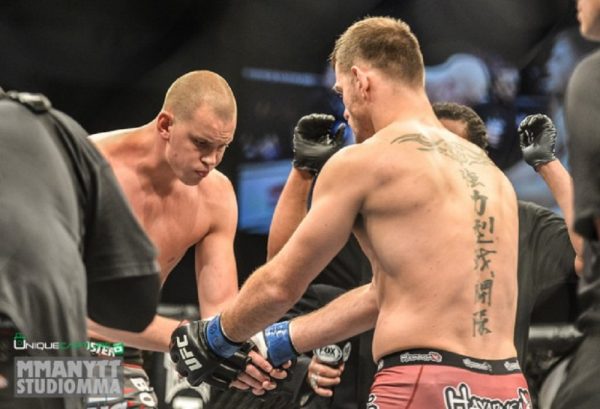 In his return he fought countryman Alistair Overeem and lost by KO in the first round.

He fought three more times after Overeem, going 3-1 with his only loss coming to Jared Rosholt.

Stefan Struves next fight in the UFC