Sergio “The Phenom” Jerome Pettis (born August 18, 1993) is an American mixed martial artist who competes in the Flyweight division of the UFC. He is the younger brother of former WEC and UFC Lightweight Champion Anthony “Showtime” Pettis. He trains with his brother at Roufussport. 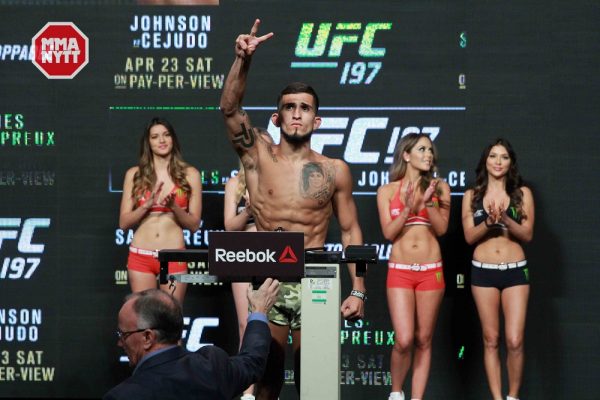 Sergio Pettis career before the UFC

Sergio Pettis made his pro MMA debut on September 10th 2011 againt Kyle Vivian at Canadian Fighting Championship 7. He won by first round TKO. He kept the finishing streak going for two more fights before he beat Chris Haney at NAFC: Colosseum by unanimous decision.

Pettis won five more fights before he got his shot to join his brother in the UFC. Before he signed with the UFC he won the RFA flyweight title.

Sergio Pettis in the UFC

Sergio Pettis made his UFC debut against Will Campuzano. Pettis defeated him by unanimous decision.

He was then involved in a war with Alex Caceres, Pettis lost the fight by submission but got a Fight of the Night bonus for the bout. He came back to the win columb with a decision win over Yaotzin Meza at UFC Fight Night: Henderson vs. Khabilov. 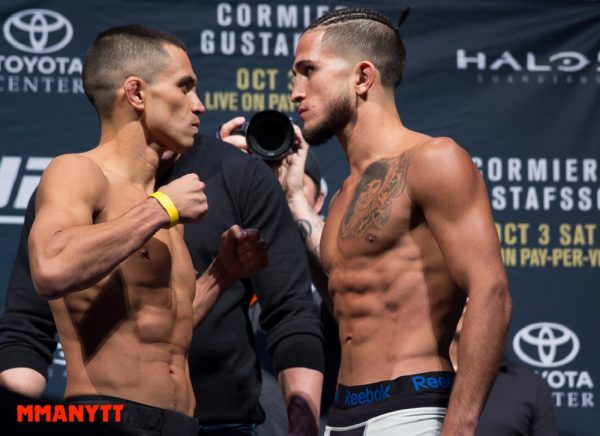 He beat Matt Hobar by decision in December of 2014, which got him his second Fight of the Night bonus, before Ryan Benoit TKO’d him in the second round in a fight he was winning. Sergio Pettis came back once again to the wining column after beating Chris Cariaso and Chris Kelades.

Sergio Pettis fought Brandon Moreno in he main event of UFC Fight Night 114: Pettis vs. Moreno. The fight was even, but Pettis managed to win by decision.

Sergio Pettis’ next fight in the UFC

At time of writing Sergio Pettis has no fight lined up.