Gunnar Lúðvík Nelson is an Icelandic MMA fighter. He was born on the 28th of uly 1988. He fights in the UFC welterweight division.

He has a black belt in BJJ under Renzo Gracie that he got after his impressive run at 209 IBJJF Pan-Ams and ADCC Submission Wrestling World Championship.

He trains out of SBG Ireland with Conor McGregor but also trains at Mjölnir Gym on Iceland. Nelson is a big opponent of weight cuts.

Gunnar Nelson’s career before the UFC

Gunnar Nelson made his pro mma debut in May of 2007 in Copenhagen. He fought the Dane John Olesen and the fight ended in a draw. After the draw Nelson won nine straight fights fighting in the UK and Denmark.

After his win against Alexander Butenko he got the chance to fight in the UFC. 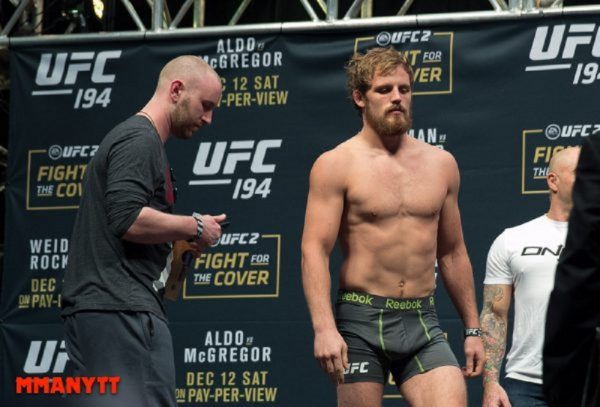 Gunnar Nelson’s career in the UFC

Gunnar Nelson made his UFC debut as the first Icelandic fighter to ever fight in the UFC.

His first opponent Damarques Johnson missed weight and Nelson won by rear naked choke in the first round. He then continued to win three straight fights against Jorge Santiago, Omari Akhmedov and Zak Cummings.

He lost to Rick Story by decision in his first headlining fight in October of 2014. He came back and defeated Brandon Thatch on UFC 189: Mendes vs. McGregor.

He then took a fight with the top contender Demian Maia and proceeded to test his BJJ against the BJJ specialist. It didn’t go Nelsons way as Maia won a unanimous decision. Nelson submitted Albert Tumenov in May of 2016. He also beat Alan Jouban by submission in their fight in London, England.

In his latest fight he lost a by knockout against Argentinian star http://mmanytt.com/fighter/santiago-ponzinibbioSantiago Ponzinibbio in the very first round.

Gunnar Nelson’s next fight in the UFC

At time of writing, Gunnar Nelson doesn’t have a fight booked.