Daniel Ryan Cormier is an American MMA fighter and a former Olympic wrestler. He was born on the 20th of March 1979 in Lafayette, Louisiana. He fights in the UFC and is the light heavyweight champion. He also fought in the heavyweight division in both the UFC and Strikeforce, where he is undefeated.

He trains at American Kickboxing Academy in San Jose, California and is the team captain. He won the Strikeforce: World Grand Prix in 2012 while entering as an alternate. 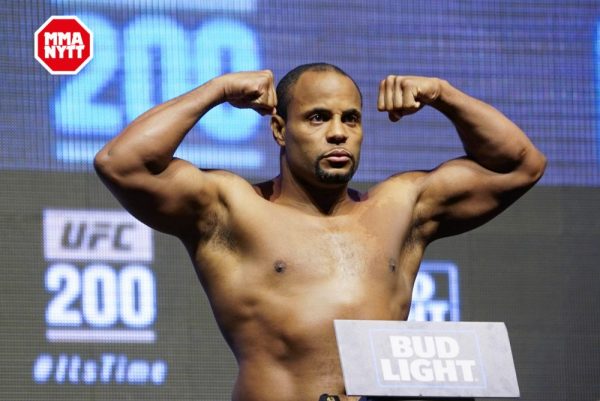 Daniel Cormier is a seasoned wrestler and while attending Northside High his wrestling record was 101-9. He also became state champion of Louisiana three times and won a bronze medal in Greco-Roman as a cadet in the ’95 world cup.

The success continued through college and university and after graduation “DC” focused full time on freestyle wrestling. He was the U.S. National Champion between 2003 and 2008 and he also represented USA in the 96 kg weight category.

Daniel Cormier in the Olympics

Daniel Cormier represented the U.S. twice in the Olympic games. In 2004 he placed fourth after losing in the semi finals, and when the next Olympics started he couldn’t participate, because of issues with his kidneys due to cutting weight.

He stayed active between his first and second Olympic Games, and he placed in the top 5 in the 2003 and 2007 World Championships. In 2007 he managed to get a bronze medal after defeating Aleksey Krupnyakov in the bronze medal match.

Daniel Cormier made his MMA debut at heavyweight and in his first fight at Strikeforce: Challengers 3 in 2009, he fought Gary Frazier. Cormier won by TKO in the second round.
Cormier kept working his way up the ranks with six additional wins.

After beating the veteran Jeff Monson at Strikeforce: Overeem vs. Werdum in a fight to determine who would be the alternate for the tournament, he got the chance to enter the Strikeforce Heavyweight World Grand Prix.

When Alistair Overeem got injured in 2011, Daniel Cormier got the chance to replace him. His first fight in the Grand Prix came against the brazilian veteran Antonio “Bigfoot” Silva.

This was ‘DC’s coming out party. He knocked out ‘Bigfoot’ after a little more than three minutes into the first round. With the victory he advanced into the tournament finals.

Cormier dominated the fight and threw the bigger man around like a rag doll. After five rounds Cormier became the Strikeforce World Grand Prix Champion after a unanimous decision victory. 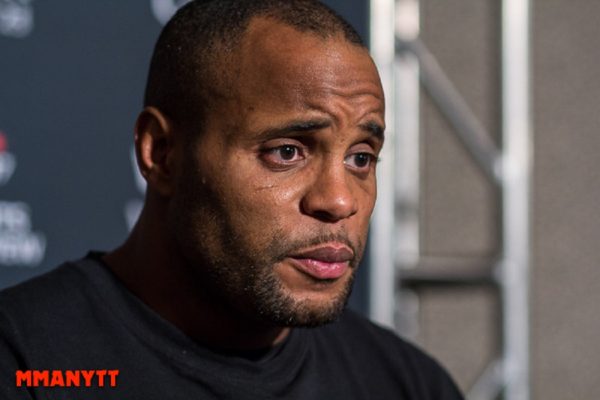 Daniel Cormier’s career in the UFC

After beating Dion Staring by TKO Daniel Cormier made his UFC debut at UFC on FOX 7: Henderson vs. Melendez against another former UFC champion in Frank Mir. Cormier kept the winning streak going at 13 straight fights with a unanimous decision victory over Roy “Big Country” Nelson, but decided to move down to light heavyweight, even though he was ranked in the top three at the time.

Daniel Cormier at light heavyweight in the UFC

He made his light heavyweight debut against Patrick Cummins in the co-main event of UFC 170: Rousey vs. McMann. Before the fight Cummins was talking about how he made Cormier cry in practice. Cormier defeated Cummins by TKO in the first round.

He then faced Dan “Hendo” Henderson in a match where Cormier was clearly the bigger guy. He rag dolled Henderson and won by submission (rear-naked choke).

In January of 2013 he got a shot at the current champion of the light heavyweight division, and considered by many as pound-for-pound number one Jon “Bones” Jones.

At a media day promoting the fight the two got forhead to forhead and Cormier shoved Jones in the throat. The shove started a brawl that was eventually broken up by security, and it also ignited a fierce rivalry between the two.

The fight was originally supposed to take place at UFC 179 but when Jones got injured the fight got reschedueled for UFC 182 in Las Vegas, Nevada.

The fight was pretty close until the last two rounds where Jones took over more and more. The first loss in Daniel Cormiers career came to Jon Jones by unanimous decision.

After Jon Jones fell into legal trouble after hitting a pregnant woman with his car, Daniel Cormier got the chance to fight Anthony “Rumble” Johnson for the vacant light heavyweight title. The two fought at UFC 187: Cormier vs. Johnson.

The fight started with Johnson connecting with a thunderous punch that rocked ‘DC’ and sent him flying across the octagon. Cormier fought back and started wearing out the explosive Johnson.

After beating Johnson up and riding his back, he eventually sunk in the rear-naked choke and Johnson tapped at 2:39 of the third round.

Daniel Cormiers first title defense came against the Swede, who almost beat Jones in fight of the year in 2013, Alexander “The Mauler” Gustafsson. They fought at UFC 192: Cormier vs. Gustafsson in Houston, Texas in October 2015.

This fight, much as Gustafsson’s fight with Jones, was extremely competitive. Gustafsson rocked ‘DC’ in the fight but in the end Cormiers wrestling won him the fight via split decision. Both fighters received $50.000 bonus for Fight of the Night and the fight also got nominated for the Fight of the Year award.

Daniel Cormier was supposed to rematch Jon Jones at UFC 200: Tate vs. Nunes in July, but Jones tested positive for estrogen blockers alledgedly stemming from gas station boner pills. With only two days left until the fight, the former middleweight champion Anderson “The Spider” Silva stepped up to take the fight.

In a somewhat lack luster fight, Cormier dominated Silva with his wrestling en route to a unanimous decision.

After dealing with a couple of injuries, Cormier was back in the octagon the eigth of April 2017 at UFC 210: Cormier vs. Johnson II in Buffalo, New York. The fight got off to a weird start when Johnson, who connected with a couple of punches, decided to try to take Cormier down.

That quickly wore him out and ‘DC’ submitted Johnson in the second round, again by rear-naked choke.

Cormier rematched his rival Jon Jones on the 29th of July at UFC 214: Cormier vs. Jones 2. After finding alot of success in the clinch in the first and second rounds, Jones kicked Cormier in the head and followed up with punches and ground and pound. ‘DC’ was finished after three minutes of the third round. This marked the first time Cormier has been finished in his career.

Daniel Cormiers next fight in the UFC

At time of writing the UFC have no scheduled fight for Daniel Cormier.